John Piper and the Church on Domestic Violence 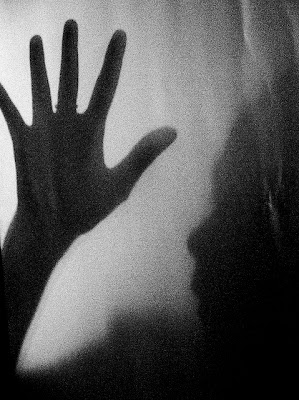 Speak up for those who cannot speak for themselves;
ensure justice for those being crushed.
9

Yes, speak up for the poor and helpless,


In an earlier post, Domestic Violence:  Do Pastors Know Best?, I posted a video of a question and answer session in which John Piper was asked about domestic violence.  The video is several years old, but his words created quite a storm.  Here were some of the troubling words:


If it’s not requiring her to sin but simply hurting her, then I think she endures verbal abuse for a season, and she endures perhaps being smacked one night, and then she seeks help from the church.

Enduring abuse "one night" could be a woman's last night in the hands of a violent husband.  This was not the correct response.  These words were not appropriate from a very popular celebrity pastor who leads a large church and whose words people respond to and respect.  His response in the video gives a free pass for an abuser to continue destructive abuse and keeps a woman and her children in harm's way without acknowledging that some abuse is a crime and must be reported to civil authorities.  A wife enduring abuse is not always in the best position to make appropriate decisions.  They need help from clear-minded individuals who are looking out for their safety.  John Piper failed to protect her and possibly many others who listened to his response.


Last week, Piper released a response to this video and so I wanted to let you know about this recent statement.  He's a few years late in responding, in my opinion:  Clarifying Words on Wife Abuse.  Although Piper is now clear that calling civil authorities is appropriate in cases of crime, there is one thing glaringly missing from this clarification - an apology - especially an apology to those women who heeded his instructions to "endure perhaps being smacked for one night."  This was abhorrent advice.  I wonder how many women endured one more night of abuse based on this video?  They trusted this man of God and his words.


Dee and Deb,  of the Wartburg Watch blog and I sometimes accidentally and/or intentionally piggy back on similar stories.  I found out today that we did it again.   We share the same heart for victims of abuse.  Please do read Dee's excellent article:  Domestic Violence, Christmas, John Piper, SGM, and TGC.  She takes a closer look at a number of questionable phrases from Piper's article.  It's a very informative article.

I do not think the timing of Piper's article coming out is coincidental.  A number of bloggers have done articles on this obnoxious video and his teachings on divorce/abuse (Cry for Justice, Wartburg Watch, BGBC Survivors, From Bitter Waters, Under Much Grace, Galations 4, Free Jinger, Reformed Traveler, Emotional Abuse and Your Faith, etc).  What I believe is happening is that bloggers are highlighting this behavior and readers/people are responding.  They are responding in comments on blogs like mine, on the blogs of leaders, they are sending e-mails and challenging leaders on these topics.  Thank YOU if you have done this.


Jeff Crippen has come out strongly against domestic abuse in an open letter to pastors:


Abuse and Pastors: An Open Letter from a Pastor to Pastors


All of this recent focus on abuse is no coincidence.  It makes sense in light of the Sovereign Grace Lawsuit that surely looms in the heads of friends  Sovereign Grace pastors and leaders, especially president of SGM, CJ Mahaney, who is named in the lawsuit.  I would like to highlight an earlier blog post featuring a video by attorney Gilion Dumas: A Word of Encouragement to Abuse Victims Who Use Civil Litigation.  In cases of overlooked abuse and failure to respond or report crimes, pastors are also crossing the lines in the civil government.  They have a moral responsibility to society to report crimes.


Based on the many comments and stories I have read of domestic violence in Sovereign Grace Ministries churches, it would not be surprising to see the current class action lawsuit revised to include additional cases of abuse, including domestic violence.  Even if it doesn't, the Sovereign Grace Ministries lawsuit is the lawsuit to watch among church leaders.


The purpose of this blog is to highlight spiritual abuse.  When pastors and church leaders fail to address ANY abuse appropriately in the context of church, they become complicit with the abuse.  A failure to address abuse is a choice to remain silent.  Church leaders will have to answer to God for this non-response.  Remaining silent is the wrong response and leads to secondary abuse:  spiritual abuse.  Let's continue to be the squeaky wheel on behalf of victims who cannot speak for themselves (Proverbs 31:8-9).

Email ThisBlogThis!Share to TwitterShare to FacebookShare to Pinterest
Labels: Domestic Violence in the Church, Lawsuit, Marriages Damaged or Destroyed by Spiritual Abuse, Sovereign Grace Ministries Abuse, Women in the Church