The Fingerprints of a False Teacher

During the week the media found out about my lawsuit, I got an e-mail from Ken Garrett who is a pastor of a church in Portland, OR (about 20 minutes away from my former church).  Ken pastors a church named, Portland Grace Bible Church.  My former church also is Grace Bible Church, but with a different city and because of the similarity in names, Ken was the recipient of quite a few "nasty/scolding" e-mails and phone calls from people mistakenly trying to contact my former pastor/church about their disappointment in the lawsuit.  The plus side of this story is that Ken's church website got quite a few hits :)

Ironically,  Ken expressed in his e-mail to me that he and his family had also experienced spiritual abuse in the past and identified with what we have gone through.  We've spoken by phone and exchanged stories.   Ken understands spiritual abuse and it has left a mark on him; consequently, he has studied quite a bit about false teachers and wrote about the topic on his personal blog:  Downtown Pastor.

Last week, we were discussing if church is safe anymore here.  Pastor Ken's writing on this subject is a great follow-up to that topic.

To Pastor Ken:  Thank you, Ken, first of all for your great sense of humor with the church mix-up, but also for sharing part of your painful past with me and giving me permission to share your work with my readers.  It is so good and helpful.  I know your heart and appreciate your friendship.   I especially appreciate that you,  as a pastor, can identify with so many who post here.  One of the most difficult things that I have run into is pastors who simply do not get it.  They seem to say, "just move on", "put it behind you" without realizing there is a process of recovery.  By telling a survivor to "move on",  they too are inflicting more pain on these wounded hearts.  I haven't witnessed that in you at all.   So, thank you!  And I do hope to meet you and your wife in person soon.  Maybe next month around the hearing date?  We'll be in touch.

One more thought to my readers - I hope that while you read this, that you will consider this is written by a pastor who has suffered abuse just as we have.  That through his spiritual abuse, he has sought answers from the Bible - to learn for himself, and also to share with others so they won't have to go through the same pain.  He has told me that spiritual abuse has shaped his life in how he pastors.  I know that there are more "Pastor Kens" out there, ones who will not minimize our experiences, but will attempt to reflect Christ in how they shepherd us.  He is always welcome here on my blog.  And I hope other pastors will reach out here as well to extend encouragement and support. 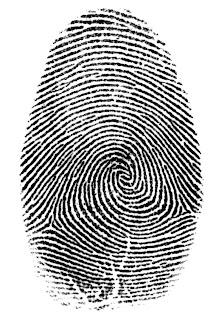 Jude 1-4:  The Fingerprints of a False Teacher
by Pastor Ken Garrett

What is a false teacher?  Can you evaluate, and approve, a so-called Christian church or ministry simply on the basis of their doctrinal statement?  The book of Jude provides some timeless insight into the character and methods of those leaders who either arise from within Christian organizations and churches or enter them for the purpose of personal gain and self-indulgence, rather than faithful service to the Church of Jesus.

Abusive churches are the result of abusive leaders—I’ve never found an exception to that.  I was driven to study the book only after a very long and painful exodus from an abusive “Bible” church, many years ago.  It didn’t take many years in the ministry for me to realize how very many brothers and sisters in Christ are out there, living in or having survived painful experiences in their churches.  Of course, not all painful church experiences are indicative of an abusive leader.  But if you read the book of Jude, honestly, and the shoe fits, perhaps you are, or have been, under the influence of such a person.  If so, I hope these little studies encourage you, and lead you closer to the Senior Pastor and Shepherd of all, our magnificent King, Jesus Christ!


1 Jude, a bond-servant of Jesus Christ, and brother of James, To those who are the called, beloved in God the Father, and kept for Jesus Christ: 2 May mercy and peace and love be multiplied to you. 3 Beloved, while I was making every effort to write you about our common salvation, I felt the necessity to write to you appealing that you contend earnestly for the faith which was once for all handed down to the saints.

Verses 1-3 provide the introductory material for the letter.  Jude, a biological brother of the Lord Jesus, was going to write a letter of general encouragement for Christians, but then became aware that false teachers had made an entrance into the church (or churches) that he wrote to.  The presence of such men (who probably would have functioned as pastors or itinerant evangelists and prophets) prompted Jude to immediately change his purpose in writing.  Verse four answers the basic question, what are some of the foundational qualities of these persons?  He’ll develop his exposure of these qualities in the following verses of the letter.

4 For certain persons have crept in unnoticed, those who were long beforehand marked out for this condemnation, ungodly persons who turn the grace of our God into licentiousness and deny our only Master and Lord, Jesus Christ.


Jude lists four key ingredients to the ministry of a false teacher.


1.         They enter the ministry quietly and inconspicuously.

"For certain persons have crept in unnoticed… "


These teachers don’t show up at the door of the church with a name tag that says, “Hello, my name is…and I’m going to ruin your life through my false teaching.”  Jude tells us that they show up very quietly.  Their entrance into the lives of those they would lead is very low-key, and is not generally a very noticeable event.  False teachers require time to accomplish their agendas, in order to win loyalty and credibility in the church, so they don’t usually make a big splash when they show up on the scene.  Often, it is very difficult to discern when a false teacher’s ministry started spiraling downward, the descent happens so subtly, and often secret sins were successfully hidden for years before they were unleashed on the church.  Also, it is not uncommon for those trapped in the ministry of a false teacher to cloak the abusive and defective character of their leader in their interactions with those outside of their churches and organizations.  They are subtly taught to protect the shortcomings of their leaders through denial and deceit in their conversations with others, thus setting the stage for their leader to “creep unnoticed” into the lives of others who visit the church.

“…those who were long beforehand marked out for this condemnation…”


Although they might shock or surprise those whom they lead, they are not pulling anything over on God!  This is important for those leaving the ministries of such men to remember, for the first question a person has when they are delivered from such a person is, “How in the world did this happen?!  Where were you, God?!”  It’s not possible to say why God allows people to be hurt in His church, certainly it’s an inscrutable mixture of the depravity of the leaders, the gullibility and vulnerability of those they lead, and the providential work of God—a mix that I am unable to adequately separate to this day!  However, in the effort of recognizing the false teacher, it is important to establish from the start that our most reliable information will come from an authoritative, inspired source, the Word of God.  The line of corrupting, false prophets found in the Old Testament (i.e., Ezekiel 34) continues in Scripture to become the false teachers written of in the New Testament (i.e., Acts 20:28-30, 1 and 2 Timothy, 1 John 2:18, 2 Peter 2:1ff).  I guess the most personal application of this point to me was when I realized that these teachers are not confined to the pages of the Bible, as if they no longer manifested the same attitudes and behaviors as those described in Scripture…no, they’re alive and well, and walking the earth today.


“…ungodly persons who turn the grace of our God into licentiousness…”


They are ungodly—they have no concern for Him, let alone a sense of awe or fear of Him.  And grace itself is not a motivation to obedience and gratitude to these men (and women), but a “free pass” to indulge their personal wants and desires.  However, they rarely apply the same standard of “grace behavior” to those who disappoint or threaten them as they reserve for themselves.  The practical application of God’s grace in their lives is opposite that of the intended effect of grace described in the Bible, “For the grace of God has appeared, bringing salvation to all men, instructing us to deny ungodliness and worldly desires and to live sensibly, righteously and godly in the present age” (Titus 2.11-12).  In the ministries of false teachers grace may be spoken of, but more often as a salve of the conscience than a motivation to obedient living.

“…and deny our only Master and Lord, Jesus Christ.”


False teachers have a very particular, observable struggle with authority, particularly that of the Lord Jesus.  Now, this doesn’t present itself in heretical statements about Jesus—that would be very, very foolish on the part of the false teacher.  (Many of the ministries of false teachers hold doctrinal statements that rival the most conservative, orthodox seminaries and denominations, and their followers are well-taught in the basic doctrines of Christianity.)  Their denial of His authority is expressed in a persistent, unrepentant state of living—continuing in various forms of sin and abuse without true confession and repentance.  That’s why many false teachers don’t get out much, and seem to fly under the radar of their local religious communities—the rules, customs, and laws of the communities they live in get in the way of the appearance of authority and command they
feverishly toil to maintain in the eyes of their followers.  It’s hard on them to one minute demand and receive the respect, obedience, trust, (and yes, money) of their followers, and the next to have to stand in line at the Department of Motor Vehicles along with all of the regular, common folk of their communities.  But the taproot of their struggle with authority is a persistent, unrepentant denial of the authority of the Lord Jesus Christ, as evidenced in their refusal to live humble, obedient, servant-oriented lives before His flock.  And, as all false teachers will learn one Day in the heat of judgment, it is His flock, not theirs.