A Parable of Suffering

I've been excited about this next post and couldn't wait any longer to share it with you!  The MSNBC.com article regarding my case brought a number of visitors to the blog.  One person was Craig Vick, who also is a pastor.  He read the blog and stayed, participating in discussions.  I appreciated the way in which he expressed himself as he dialogued with other readers.  He came here out of curiosity because of the court case and then hung around.   In the process, he learned about spiritual abuse as he read our experiences.

The stories we share do not always create a warm, cozy environment for pastors, and actually might put them on the defensive, but Craig stayed, wanting to learn more.  He's mentioned privately to me that the stories from the blog have influenced how he preaches.   He's obviously taken to heart that anyone listening to him preach may have gone through experiences we have described.   His sensitivity has really touched me.

I think Pastor Craig has sensed the ongoing frustration that some of us have experienced  - that some people just don't get this thing called "spiritual abuse".   He sent me a little parable to illustrate my story (our story) and granted me permission to share it with you.


A Parable of Suffering

P.R. O'Baton felt tired and generally unhealthy. He decided he needed to make some changes and looked for help. He found a book, Dr. Wolfe's Way to Vitality, that promised to bring vigor and health through various exercises and a strange diet. Dr. Wolfe's promises were so convincing that O'Baton bought a copies for himself and for the whole O'Baton family. O'Baton started doing the exercises and encouraged his family to do the same. After some mild resistance, he was able to get the family on board with the new diet as well. 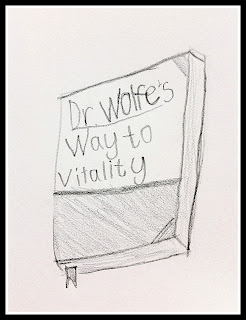 After the first week there was no real change. Dr. Wolfe, on page 13, indicated that this was normal and so O'Baton pressed on. Months went by and O'Baton began to feel worse, not better. His back began to ache all hours of the day. He had less energy than he had ever experienced before. To make matters worse, many in his family were experiencing similar symptoms. Dr. Wolfe, on page 47, said this was normal. It was the result of not being diligent enough. O'Baton believed it was his own fault he was doing so poorly. He could get better only by a more rigorous application of Dr. Wolfe's book.


After a year, O'Baton found himself in a state of constant, excruciating pain. His son, whose health had also degraded, had had enough and stopped following Dr. Wolfe. O'Baton was terrified by this. He was afraid that his son would discourage other members of his family. He was afraid that all he and his family had endured would be for nothing. He didn't want to quit when he might be so close. Dr. Wolfe, on page 167, agitated O'Baton's discomfort and fear with threats of failing health and even death to those who quit following his book. 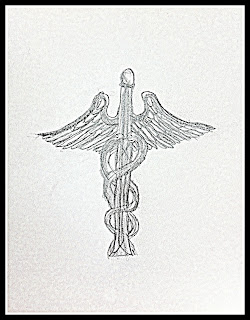 O'Baton's son got better. O'Baton got worse. He decided to quit using the book. By this time he couldn't remember what it was like to live without pain. He was sick, exhausted, depressed and frightened. He was also becoming angry. He wrote a letter to Dr. Wolfe and told his story. Dr. Wolfe responded with a form letter. It indicated that anyone not experiencing success with Dr. Wolfe's book was not following it correctly. O'Baton wrote again. Dr. Wolfe sent him a coupon for a discount on any further purchases of the book and expressed more than a little rage against those not finding health.


Three weeks after quitting Dr. Wolfe's regimen, O'Baton started to feel a little better. He went to see a doctor. He was still in much pain. The doctor was appalled at what O'Baton had done to himself. O'Baton was embarrassed and ashamed. He had followed a sham.


One morning O'Baton noticed Dr. Wolfe's book on Amazon. He also noticed that he could leave a review. He was still suffering the horrible results of following Dr. Wolfe. He thought to himself, "Maybe I can warn others to stay away from this book. Maybe I can spare someone else the pain I've endured and am still enduring." He left a review telling his story and warning consumers. It was the only review.


A month later O'Baton returned to Amazon and noticed several new reviews. All of the reviews were glowing. It looked as if Dr. Wolfe and friends were leaving disingenuous reviews. O'Baton's lone negative review was difficult to find. He was horrified by this new state of affairs. His warning would not be seen. Others would be trapped by Dr. Wolfe's harmful exercises and diet. Others would find their bodies wracked with pain. O'Baton started writing more reviews. Soon, others injured by Dr. Wolfe added reviews as well. For every negative review posted, however, hundreds of positive reviews would be posted as well. Dr. Wolfe knew how to hide the truth. Then, for reasons no one really can explain, the negative reviews started to disappear altogether. O'Baton was determined to speak out. He started a blog.

Admin note:  I've got a few posts to put up before the court case, please feel free to continue this discussion.  I know I want to :)