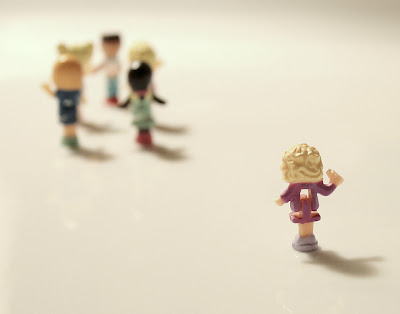 Over the weekend, there was great discussion on how we can best help friends who still remain in an abusive church.  It is so frustrating to be on the outside knowing they are seemingly stuck in that spiritually abusive environment.


I thought of Pastor Ken Garrett and his experience in an abusive church/cult and wondered if he had seen the post and might have $.02 to offer.    (If you haven't read about how Ken and I connected on this blog, it's a great story.)  So I went to my computer to send him a quick e-mail and imagine my surprise when I found that he had sent me a note just two minutes earlier.  His comment was too large to post as one comment, so he sent it via e-mail and said I may use it as I see fit.  Yes, I think so, thank you very much, Ken :)  I think you'll see why we got more than $.02 worth out of the deal.


Once again, the question:

How can we best help friends who remain in an abusive church?

Great question, and comments!  As I reflect on our experience in an abusive ministry, I am increasingly certain that our departure was in fact an act of divine deliverance--not a result of human argument, pleading, or opposition.  Since our group was very, very academic-oriented, we felt (for the most part) that we possessed a better grasp of the Bible than most others, so attempts to Scripture "bomb", or "reason" us out of the group didn't make the smallest dent in our convictions and commitment to it.  It was only when we personally began to talk/complain (with God, and with one or two very close, trustworthy friends) that things started rolling in the direction of us leaving.  But, it truly was an act of deliverance from God, prayed for, by us and doubtlessly by many friends and family along the way.  That being said, when I look back on people who were instrumental in my leaving the group, there are some similarities and some very powerful qualities that I note:


1.  In most cases, the people instrumental in me leaving were those who knew me before I became a member of the group, and despite the unfortunate changes in me, and my purposeful distancing of myself from them--they stayed kindhearted, patient, and friendly towards me.

They let me know that what I was doing wasn't their cup of tea, but that regardless of my religious beliefs they loved me and hoped for the best for me.  In this way they communicated affection, respect,  and kindness towards me, but did not give the impression that their well-being was somehow tied up in whether or not I was a member of a weird (abusive, in fact) group.


Often concerned family members commit this error: out of love, and a sense of family pride, they are heavy-handed in confronting the member of an abusive group.  In doing so, they often drive the member more deeply into the group.  So, a calm, loving distance that somehow assures the person in the group that he/she is unconditionally loved, and seen as being much more than simply a member of an abusive, suspect church is a good start.  It gives the person something to hide deep in their souls--the knowledge that they have a friend outside the group who seems truly unintimidated by the group (or group's leadership).  It is very powerful for a person to know with certainty that there are friends waiting on the outside, who will not be "I told you so" types...

2.  The example of healthy Christians who treated me with respect, despite the fact that I looked down on them for what I perceived as their shallow, cookie-cutter faith (so happy to have been forgiven for such arrogance!) made a deep impact on me, too.

To realize that believers who did not think like I did, whom my pastor would NOT want me to be like...but who were very happy, blessed, and in love with Jesus, become a powerful picture for me--convincing me that there was truly joy to be found "out there," away from the abusive group.  So, if you're a Christian, and have a Christian friend, co-worker, acquaintance, etc., who seems to be a member of an abusive, exclusive, sect-like church, and you relate to that person with the free, relaxed, grace-filled manner that God has given you--you're having a much deeper impact than you might imagine.  Arguments, accusations, theological sparring rarely make an impact.  Love always does.

3.  Finally, even though I worked hard not to show it, when a person who had left an abusive group openly, freely talked of their experience, warts and all, without rancor, resentment, or vengeance--it was very powerful.

If they spoke in a way that communicated respect and empathy (and perhaps even love with pity) for those still in the group--so much the better.  That's why it is so helpful for a person to be able to enter a forum anonymously and read (perhaps even interact) with others who understand the dynamics of an abusive church, and the abusive pastor.  Calls to curb anonymity, to "just move on," or to repress the experience, or to cover it over with greater spiritualization and religious talk do nothing but create more inner tension and mental/spiritual anguish.  Those attempts to repress always fail, always create more victims, and always dig people into their broken churches even deeper—having made the decision to be less than honest.  Critics that claim those who write and respond to abuse survivor blogs should not do so, or are somehow acting in an unhealthy or unbiblical way are simply betraying their ignorance to the issue, or at least are demonstrating a lack of genuine experience with the issue.

JA's note:  I just rose from the couch and waved her white hanky - WOOHOO!!!!  YES!!!  Preach it, Ken!!!  This is one subject that so many people who have not experienced abuse find objectionable.  They want to move us along our journey of healing quickly because our pain makes them feel uncomfortable.  We've experienced it here on this blog with Fred.  The subject has come up time and again and really is one of the primary issues Fred Butler (Click at your own risk.) and those of his ilk have to do with survivor blogs.  Last I checked, Fred has dedicated five blog posts to the subject of survivor blogs . This discussion has also come up on forums where pastors and church leaders have church-related discussions. There are many people who feel very uncomfortable with discussing these subjects and have even complained about it here.  I's important to realize that sometimes even those in church leadership positions are not going to understand what we are going through and in fact, may hinder our healing progress if they tell us to hurry up and move along without understanding there is a healing process involved.

Sorry for the long post, Julie Anne!  (JA note:  ahem - whatever, Ken - apology is not working for me - haha.  Just keep sending me more stuff like this :)

JA Note to Ken:  Thank YOU!!!!  I so appreciate your wisdom on this topic.  I'm trying to count on one hand how many pastors I know who really understand spiritual abuse.  I'm not doing very well with the counting.  So delighted we connected under such bizarre circumstances - I have learned so much from you.   Thanks, friend!

photo credit: las - initially via photopin cc
Posted by Julie Anne at 8:24 AM