Earlier I discussed the impact of the internet and bloggers on churches with regard to how they handle abuse issues and ended with this paragraph:

I will be highlighting one of the above church groups in the next post because there's a whole lot of shakin' going on and it is important to keep tabs on this situation in light of church trends in dealing with spiritual abuse and sex abuse.

The particular church group I was referring to is Sovereign Grace Ministries (SGM) under CJ Mahaney.   As some may recall, close to 5 years ago, I began reading SGMSurvivors.com blog as I was coming to grips with my own spiritual abuse.  The stories reminded me so much of my own experience and I was drawn into the personal accounts.

Another reason I have kept up with SGMSurvivors.com blog is that our family has some personal connections with SGM.  We attended the Sovereign Grace Church of Chesapeake, Virginia a few times when we lived in Virginia in the late 1990s.  We know people who have attended SGM churches and who currently attend SGM churches.  Additionally, through the course of being a blogger who deals with spiritual abuse, a number of current and former SGM members have contacted me, relaying their very sad stories of spiritual abuse, heavy-handed authority among church leaders or home group leaders, and sex abuse situations in which church leaders failed to respond appropriately.

Today we learned about the reported lawsuit which was publicized in AP news and has gone viral:  Lawsuit Against Sovereign Grace Ministries: Failure to Report Sex Abuse


Sovereign Grace Ministries has since issued a statement regarding the media's report of a lawsuit:

LOUISVILLE, KENTUCKY – Today, Sovereign Grace Ministries Director of Finance and Administration, Tommy Hill, released the statement below regarding a reported lawsuit on October 17, 2012:

Sovereign Grace Ministries is a family of over 80 churches, primarily in the United States with the goal of proclaiming the good news of Jesus Christ both locally and globally.


If the lawsuit was reported in AP news, you can be sure that a lawsuit was filed.  AP would not risk leaking a story unless it was filed.  It will be a matter of days before defendants are served.  But I wonder how the victims' families felt when reading this comment from the press release, "Child abuse in any context is reprehensible and criminal. "  In reading several of the abuse stories, it certainly did not appear that church leaders found the disclosed sex abuse to be "criminal" based on their actions, or shall I say non-actions.  What a slap in the face! 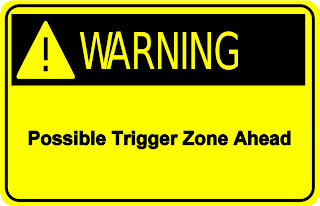 If you have never read any of the sex abuse stories, here are a few that are published online.  I must issue a disclaimer.  These are heart-wrenching:


Brent Detwiler, a former (and founding) member of the Sovereign Grace board, has also issued a statement regarding the lawsuit.  Brent has been a key person involved in exposing complaints against CJ Mahaney and Sovereign Grace Ministry pastors and leaders.  Detwiler was known as an historian and took copious notes during his time at SGM.  In the summer of 2011, documents were distributed to pastors and then leaked to the internet in which CJ Mahaney was accused of being proud, abusive, dishonest, and manipulative.  Here is Brent's statement he issued today regarding the lawsuit:


“C.J. was the President and Chairman of SGM when these incidences occurred.  He was also senior pastor of Covenant Life Church – one of the churches cited.  He had knowledge of these matters and certainly would have provided counsel to the CLC pastors.  He has taken no responsibility for any defective handling of either situation.  It is possible the details of these events were covered up to save face.  I was one of five SGM Board Members during this time period and I was never told about any of these cases of sexual abuse.  That information was withheld from me.
“At the SGM Pastors Conference in 2009, C.J. asked Mark Mullery, the sr. pastor in Fairfax, VA, to make a confession regarding his/the pastors mishandling of the victims.  C.J. took no responsibility and said nothing about his own mishandling of victims in Maryland at Covenant Life Church.  I don’t know the facts concerning these events but I do know C.J. has a history of covering up serious sins and taking no responsibility as the senior leader.
“C.J. may also have withheld information from me thinking I would advocate for the victims and encourage contact with the law.  In so doing, he may have been trying to keep a lid on things in order to avoid a lawsuit and bad press for pastoral negligence.” (Brent Detwiler, Oct 17, 2012)