Hyper-Modesty in the Church, Part 2

Does Hyper-Modesty Lead to Lust?

Yesterday's post dealt with the subject of hyper-modesty with regard to how we dressed, the preoccupation of not showing cleavage, not accentuating a woman's figure, diverting eyes when seeing female joggers on the road, staying away from public swim areas and areas where people are dressed immodestly, etc.  I also discussed how we turned magazines over in the grocery stores that depicted sexual images or even suggestive titles in our aim to help protect our children from these visuals.  The lady who came to the pastor seeking counsel, but was transferred to a woman for counsel because she was immodestly dressed was also mentioned.

In comments here on this blog and in personal e-mails, I've read about stories of rules and legalism which created lots of problems in churches.  Our church was no exception and I'll continue with more from our personal story:

Look - - I get turning over magazines at grocery store check-out aisles.  Some of the images and even titles are inappropriate in an environment where children are present.  But a magazine is not a living, breathing soul.  It's an object.  Its "feelings" are not going to get hurt, unlike that lady who came to the church seeking help.

But you know what . . . . . I think the hyper-modesty stuff may have backfired.   I discussed earlier how our youth seemed to get in trouble with issues involving sex in unofficial youth groups or outside activities.  I've never seen a higher percentage of sexual immorality in young adults in any other church I've attended.  It is my belief that the hyper-modesty led to hyper-obsession with sex (including pornography).

I've kept up with a number of the kids who were teens when we were there and some have shared with me.  Now they are young adults.  One person who was baptized while we were there is a male stripper/dancer.  I know of a female who does nude modeling.  Some of our young adults are now living with their boyfriends or girlfriends.  Some are having casual sex with with no real commitment.  Some have issues with pornography.  These are bold choices of sexual immorality that are being exhibited compared to the expected lifestyle of a young adult Christian.


For I know that nothing good dwells in me, that is, in my flesh; for the willing is present in me, but the doing of the good is not.

For the good that I want, I do not do, but I practice the very evil that I do not want.


In any church a percentage of young adults will walk away or test their faith, some trying alcohol, drugs or go through phases of experimentation with the world and all it has to offer.  The large percentage of young adults who have completely walked away from their faith and who are living a lifestyle completely different from their upbringing shows the fruit of that environment.  The fruit was rotten.  Was this caused by the rigid rules and legalism?


Our adult kids are certainly not rotten.  They only reacted to the very strict/legalistic teachings.  Being caught in sexual sin, sitting through long meetings with the pastor, perhaps multiple meetings, getting spanked by parents (yes, high school students were spanked) and having more meetings with parents, and then hearing weeks-long series on Wednesday nights on the dangers of sexual immorality does not give one hope, but despair.

There was no way to measure up.  They felt there was no way to be a Christian.  If they felt they were Christian before, they became confused and thought they were on their way to hell because of their sin.  It was too difficult.  They couldn't stop sinning.  Why bother?  They convinced themselves they must never have been a Christian to begin with - that it must have all been fake and now that they know what a Christian is "supposed" to be, they know it is impossible to maintain that lifestyle - especially because they are so easily tempted by sin.  Do you see the thought patterns?


Evidently, I said something that highly disturbed someone during our last days.  I said that the spark of joy was absent from the eyes of our teens.   That didn't go over very well.  It was a very obvious sign of despondency to me. 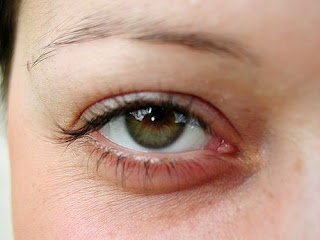 
Legalism does not produce good fruit. It produces complacency and an idea that it doesn't matter what I do, I cannot achieve Christianity.  This is the message I have heard from young adults (including my own).  This is not what the Bible teaches.  Christianity is not based on what you do or do not do.  It was a false message bringing despair and condemnation, not hope.

Folks, this is part of the spiritual abuse that was going on - it was sending  wrong messages that turn people away from Christ, not toward Him.  So many of these young adults were not just experiencing merely a crisis of faith, but   completely abandoned the faith.  There simply was no hope.  Why bother trying?