Earlier, I was notified that Chuck O'Neal/Beaverton Grace Bible Church amended the lawsuit on Friday.   He added one more person to the lawsuit, so in total five people are being sued.  Additionally, in his suit against me, he added a handful of quotes from my blog as "defamation".

I would like to remind my readers of something very basic that we have already covered.  Pastors do not have the right to tell you who you can or cannot talk to or what you can or cannot say.  Their job is to be your spiritual shepherd and guide you.  They are not to use their authority over you in a domineering fashion.

Some of you were told to not talk to certain people and to shun them.  That is what we have called the "no-talk rule".  Some of you obeyed that shameful rule for a while and are no longer under that abusive control.  Chuck O'Neal is my former pastor and even if he was currently my pastor, he does not have the right to tell me what I can or cannot say in private, or public, including the internet.  The defamation lawsuit seems to be an attempt to continue that no-talk rule on former church members.

Chuck O'Neal has now entered civil jurisdiction, not church jurisdiction.  I am no longer a part of his church. 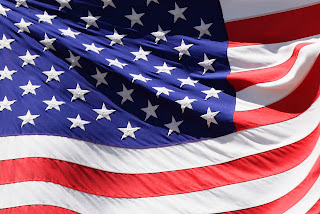 In civil society in America, we have this neat little thing called Free Speech.  It means our speech is protected.  Sometimes Free Speech laws protect even shocking expressions like this:  Westboro Baptist picketing at military funerals, or burning the American flag, or using offensive words, etc.  This quote is from the Washington Post's article on the recent Westboro Baptist case:


The First Amendment protects a fringe church's anti-gay protests at military funerals, a nearly unanimous Supreme Court ruled Wednesday in a powerful opinion that spoke to the nation's tolerance for even hateful public speech.

The court's most liberal and most conservative justices joined in a decision likely to define the term. It writes a new chapter in the court's findings that freedom of speech is so central to the nation that it protects cruel and unpopular protests - even, in this case, at the moment of a family's most profound grief.

It appears that Chuck O'Neal and Beaverton Grace Bible Church do not like some of the words we are freely speaking on the internet.  That's fine.  He doesn't have to like these words just as I don't care for the behavior and words of the Westboro Baptist group.  Because of the lawsuit, we are obligated to let the court decide if our words are defamatory or not.  Good!  We will both have the opportunity to hear what the Court says and it is in their hands now.

A few months before we left the church, Chuck preached on Romans 13.  It's about submitting to government:

Let every soul be subject to the governing authorities. For there is no authority except from God, and the authorities that exist are appointed by God. 2 Therefore whoever resists the authority resists the ordinance of God, and those who resist will bring judgment on themselves. 3 For rulers are not a terror to good works, but to evil. Do you want to be unafraid of the authority? Do what is good, and you will have praise from the same. 4 For he is God’s minister to you for good. But if you do evil, be afraid; for he does not bear the sword in vain; for he is God’s minister, an avenger to execute wrath on him who practices evil. 5 Therefore you must be subject, not only because of wrath but also for conscience’ sake. 6 For because of this you also pay taxes, for they are God’s ministers attending continually to this very thing. 7 Render therefore to all their due: taxes to whom taxes are due, customs to whom customs, fear to whom fear, honor to whom honor.

I've copied the links from Chuck O'Neal's sermons on this passage - taken from Beaverton Grace Bible Church website (http://www.beavertongracebible.org).  In these sermons, we might hear how we are to submit to governmental authority.  Let me know if you do listen.  I need to try to have some life outside of this blog, but am interested.

My attorney recently sent me an additional 25 pages of documentation submitted to the court because of this recent amendment.  If you would like a copy, please send me a note.