How Can Spiritual Abuse or a Controlling Pastor Destroy a Marriage?

I've been having discussions about how spiritual abuse affects marriages.  The abuse can occur in a somewhat direct fashion (such as Paul's story) or indirectly.  When I did a quick Google search on spiritual abuse and divorce, there was very little on the topic.  Yet since publishing Paul's story, I've had more people send their stories or mention they, too, have gone through divorce as a result of spiritual abuse and how it devastated their lives.  This is much bigger than I thought.  And it pains me to know that so many are dealing with this issue alone.  If I am describing your story, I want this message to be loud and clear:  you are NOT alone.

I'm going to share a different slant than Paul's story.  It did not get to Paul's level of destruction, but looking back, I can see how it could be a setup for disaster.


In our church, it struck me odd that our former pastor had long phone conversations (sometimes more than an hour) with married women while their husbands were away at work.  I had no indication in any of these situations that there was anything more than long phone conversations.  As far as I know, the topic remained on spiritual matters.   However, this sent warning signals to me - especially since the pastor had pretty strict guidelines about men/women and their interactions (do not be seen alone with someone of the opposite sex, do not be in a car alone with someone of the opposite sex, etc).  For the record, I think there is wisdom in setting some guidelines, don't get me wrong.

Here's a little background info.  This pastor had mentioned that he thought women should remain silent and not ask questions or add to the discussion during the various teaching times at church.  According to the pastor, this was so that men would step up to the plate and assume their spiritual authority in the home.  He felt that if women were doing most of the questioning and talking, men would be more inclined to sit quietly.  Having women remain quiet, he thought, would encourage men to engage in the discussion.

So JA asks:  why did the pastor have long private phone conversations with wives instead of encouraging them to discuss this topic with their husbands?  Or why not include the husband in the conversation and/or schedule a meeting together?   I wonder how the pastor would have felt if my husband had telephoned his wife to engage in a spiritual discussion while he was at "work".  (JA's side commentary:  Spiritual Abuse 101 = Everybody obeys pastor's rules except the pastor.  OY!!)

Anyway, imagine the kind of intrusion into marriages this could cause.  Let's look at this hypothetical conversation between husband/wife based on the above scenario:


husband:  how did your day go, honey?

wife:  oh, we were discussing Romans 13.

wife:  no, he just called to talk about it.  he wanted to make sure I understood what he was talking about last Wednesday

husband:  Oh.  hey, were you able to get my blue polo shirt washed?  I want to wear it tonight.

wife:  no, sorry, didn't get around to it.  the phone call took too much time.

Ok  - that may be a lame (can you tell I live with teens?) conversation, but any number of scenarios could come up between a husband and wife when a pastor crosses  boundary lines in a marriage.  It can start out small, but eventually husband realizes that pastor is taking up a lot of his wife's time and energy.  It's not helping the marriage whatsoever.  The pastor has come between the husband and wife in their normal day-to-day affairs, rather than encouraging their togetherness.  He is undermining the marriage and the trap is set for an emotional connection between pastor and wife that could destroy a marriage.


Let me take a brief diversion to discuss how all of the above affects the bigger church.  The scenario I discussed brings up a whole lot of questions and I remember having crazy thoughts and feelings during the time.  Here's the deal.  People who knew this was going on were also affected in some way.  It affected husband/wife relationships and families.  It caused at a minimum, questions or concerns from those not personally involved.   I'd like to welcome you into the world of my head during that time.  Fasten your seat-belts, here goes:

Did the pastor's wife know about these long conversations with other women?  How did she feel about them?

What about kids who were at home who heard these long conversations with the pastor - did they think it was odd that their pastor kept calling their mom?  Why didn't mom have as much time for dad, but gave more time to their pastor?

I also wondered how those particular women were selected and why he didn't call me.  Was I too spiritual or not spiritual enough?  Did I not ask the right questions?

This seemed to create an inner circle and it brought back feelings of high school cliques and the "in" group.   Why was there an "in" group at church?  Why didn't I fit into the "in" group?  Was something wrong with me?  What does God think about "in" groups?

Knowing that my good friends were being called by the pastor left me intrigued and yet happy for them because in my mind I justified that a pastor would only be wanting the best for his people.   So I justified within myself that this was good, that he was helping them in their spiritual struggles.  They seemed to be so spiritually confused or have many more questions since coming here, so it appeared he was helping to settle their minds.   This must be good, right????

Yet, on the flip side, there was also a creepy, icky feeling going on.  This kind of thing was accepted there.   Should I question it?  Was I wrong for questioning it?  Why do I always question things?  I felt if I were to question it, I would be the odd person out, the stand-alone person, and that is not always a fun place to be.


Do you see that crazy thinking going on in my head?  Some questions were good, but at the same time I made excuses, justified behaviors, wanted to believe the best, and even questioned myself.   What eventually happened to me was I ended up distancing myself a bit from my closer friends.  I could not condone what was going on, but also had a hard time speaking out against it.  I was confused.  It was not until months after leaving the church that my very close friend and I almost screamed to each other saying:  what was THAT all about?  We could then see it very clearly, that it was completely wrong.  We couldn't see it so clearly while we were there, but it became obviously wrong once leaving.  Living in a church like this makes your brain go crazy with this flip-fop reasoning.  Surely I was not the only one who had thoughts like this. 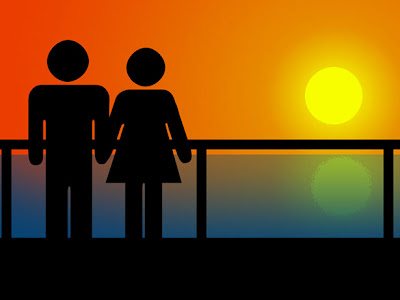 Ok, let's go back to the topic on marriage and how controlling pastors or spiritually abusive pastors can affect or even destroy marriages.

I noticed that Pastor Ken Garrett mentioned controlling pastors and how they could affect the marital relationship in his excellent blog post here:  1 Timothy 4:1-16 Study Notes: End Times Teachers, Fallen and Faithful.  Be sure to read it to get the full context.

Here is a quote from Ken's blog post specifically addressing controlling pastors and their influence on marriage:

3 men who forbid marriage and advocate abstaining from foods which God has created to be gratefully shared in by those who believe and know the truth.

A healthy marriage is one in which husband and wife share openly and secretively with each other.  Communication is foundational.  I was struck by reader, 56 Years a Baptist's beautiful comment yesterday.  Here's the part that tugged at my heart and made tears well up in my eyes:


My healing came about through a person God brought into my life, my heart, and my home. We are still madly in love with each other, get over the rough spots through times set aside for conversation every day.


This one-on-one conversation builds the relationship and intimacy.   This  intimacy is sacred.  It must be respected and encouraged.  A pastor who interferes with this relationship is certainly not honoring the sacredness of marriage, nor the the integrity of the family.

Email ThisBlogThis!Share to TwitterShare to FacebookShare to Pinterest
Labels: Marriages Damaged or Destroyed by Spiritual Abuse