"If anyone causes one of these little ones—those who believe in me—to stumble, it would be better for them to have a large millstone hung around their neck and to be drowned in the depths of the sea. 7 Woe to the world because of the things that cause people to stumble! Such things must come, but woe to the person through whom they come!"  Matthew 18:6-7

I read this comment from Andy and it got me all teary-eyed.

I hope that we who have gone through spiritual abuse in whatever capacity - whether it was by a controlling or abusive pastor or legalistic teachings -  would now have a voice to speak out and defend others when we see it taking place.

We, probably more than others, have a keener sense of abuse and legalism.  Do you suppose we can someday regard this sensitivity a gift?  Maybe it is.  We can use our negative experience in a very positive way.  Hopefully we will strive to have our spiritual abuse creepo meters calibrated and finely tuned, ready to discern.

We can't rid the church of all abuse, but we can have a positive response when we see it right in front of us.  Bravo, Andy! 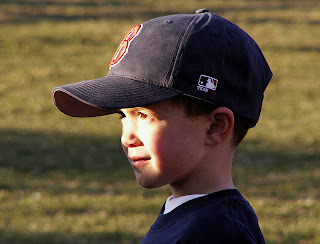 This song always reminds me of one of the most horrifying moments of my Christian life. The worship service had just started and a young mother and her son of maybe eight years of age came in and sat down in the pew in front of me. She appeared to be partially supporting his weight as they came in, almost like dragging him. Everyone is standing up singing but they are sitting down and that seemed to enrage Marvin, one of the ushers that morgining. He strutted over, reached down and very roughly snatched this little guys baseball cap off his head and snarled, "can't you even stand up to sing for the Lord!"


The little guy tensed up and buried his totally bald head into his mother's shoulder. His mother's posture immediately sunk down looking like someone that was just attacked. About that time I noticed this huge scar on the side and back of his little head. Obviously the ball cap was to obscure the effects of his illness, but instead it offended Marvin's man-made code of "southern values" about men wearing a hat inside. Many emotions shot through me in the 3-4 seconds of this occurrence but I stood up and took the ball cap from Marvin and moved up a pew putting myself between these people and Marvin. I looked over at the boy and said I like the Red Socks too and I like your hat, placing his ball cap back on his head. Then I sat there the rest of the service and did everything I could to keep from losing it and crying. The grief I felt in that moment was just overwhelming.


When the service concluded I talked with them and attempted to apologize for what occurred and then it dawned on me, that honest is the best policy. I looked the kid in the eye and told him, don't worry about people like that, he is just an idiot. I made it out of church that day without saying a word to Marvin. I was very proud of that accomplishment until he showed up at the same Olive Garden after church and walked right by our table. Then It all came out, "Marvin that little guy had cancer and you are a pharisee and a total as-----". Strangely I felt better after that but sadly I never saw that little boy and his mother again.  . . . .