You may have noticed that I changed the name of the blog to BGBC Survivors.  Previously, I spelled out the name of my former church and added Survivors with it.  You also may have noticed that I write "former church" and "former pastor" an awful lot.  I am purposefully not naming names.   I'm ready to move on.   The blog has been much more general in nature and serves a wider audience now and the name doesn't really apply to the majority of the readers.


David said in a comment today:  Julie Anne, wouldn't that be a fun game? If you’d post your thoughts toward a new name and let us help you discern what might be a good place name. I don't have any suggestions at the moment, but I'd be curious what others would call this place. Elsewhere I refer to here as ja'blog. 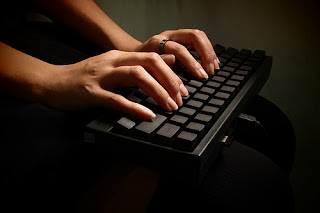 Great idea.  So, how 'bout a name change?   Here are some ideas off the top of my head.

The goal of the blog is to discuss, define, identify spiritual abuse, share stories, offer support, discuss what healthy churches/pastors/congregations "look like", etc.

My Twitter Name is Defend the Sheep.  The blog name does not need to be the same or anything close to it.  It was all that I could come up with in a very short period of time.

I like the imagery of:  shelter, refuge, calm, safety, serene, peace, haven

I like the imagery of:  traveling, journey, path, exploring, wander

I like the imagery of a loving and gracious God, blessing, healing, restoration

*Words that connote we are not dumb:  astute, insightful, shrewd, intelligent, prowess

An Attorney recommended to me at one point to be sure to do a Google search to make sure the name is not already in use by someone else.  That's a great idea.  I don't want to step on anyone's toes.

Ok, I'd love to see your suggestions!  Thanks!