Alex Grenier of Calvary Chapel News has written an excellent article on the possible impending lawsuit and has given me permission to republish it here.   You better believe I am emotionally drawn into this case as it was 7 months ago that I received the subpoena for my defamation lawsuit brought on by my former pastor and church.

Alex has been blogging far longer than me.  I've been reading his blog and have noted a few things.   In cases of abuse like this, it's very easy to let anger get the best of you and even consume you.  I don't see that here.  I do see a righteous anger.  I also see is a man who wants the truth to be exposed and justice to be served.  I see a man very concerned that others might endure the same abuse he and others have experienced.  This is not ranting.  This is not an obsession, this is LOVE.  And Alex is willing to go the extra mile regardless of how long the court process takes.

On Alex's blog site, there is a "Prayer" tab in which Alex had written a prayer.  Tell me, is this from a man filled with hate and bitterness?  This is not about a hate campaign or a man with a personal vendetta as we will read about below in Alex's article.  You be the judge:

God I pray your will is done in this situation.

I pray for my Mom and brothers and even for Bob, that he’ll come clean and truly repent.

I pray for the attitudes and hearts of Chuck Smith and Calvary Chapel, that one of “Refuse Collector” will be changed to one of compassion for those who have been hurt by Calvary Chapel Pastors and situations. May they model the heart of Jesus who would never see this blog or any of us as part of a “Refuse Collector” but as hurt saints and sinners who need the Reconciliation and Truth your Word promises…instead of the cold Stone Wall of CC.

I pray that justice and accountability for Church Leadership be done, following your instructions from your servant Paul the Apostle.

I pray you have mercy on me a sinner. I am guilty of so much sin myself. Convict me of sin, give me the gift of repentance and give me belief in your Son Jesus Christ our Messiah.


Again, your will be done. Praise and glory to you, my Good Father.


Alex wrestled with his own family demons by himself until he saw the destruction outside of his family and knew he must get involved.  That is exactly at the point where I said enough was enough and wrote my first Google review.  But Alex went big guns and started a blog first, and it grew very quickly as others around the country shared their stories and experiences at other Calvary Chapel churches and noticed abusive trends among the leaders.  The Calvary Chapel News blog is a place where those who have suffered under abusive leadership may document their story.

In Alex's article below, he mentions the anti-SLAPP (Strategic Lawsuits Against Public Participation) law.  Let me explain a little about the anti-SLAPP that Alex refers to here.  My attorney used the anti-SLAPP law in my case.  The anti-SLAPP law was created to help prevent frivolous lawsuits against people who are trying to shut down people like bloggers, etc,  whose speech is protected by law.  Because there is no discovery/subpoenas, etc, allowed in an anti-SLAPP lawsuit, the process is expedited.  My case lasted four months from receipt of subpoena to the judge's ruling.  Once an attorney files an anti-SLAPP motion, all discovery is stayed which means that no one can be interrogated or subpoenaed or deposed for more information.  The judge has to take what information is presented in the original complaint and responses and in the hearings to make a ruling.  A normal civil court case is lengthy and can last 2-3 years.  Depositions, getting subpoenas and confiscating personal files, records is a very time-consuming process.  Alex is willing to forego the Anti-SLAPP in favor of a civil court hearing.  I agree with his decision and will explain why.

In Alex's case and in mine,  a favorable anti-SLAPP ruling only allows us to continue blogging.  The anti-SLAPP protects our right to speak out publicly about our church experiences.  It, however, does not address the key issues that Alex is exposing (or I exposed).   With my favorable ruling, I am free to continue to publicly expose/discuss my former pastor and church, but O'Neal is still free to pastor the same church, continue the same extra-Biblical nonsense of Marking and Avoiding congregants, teach the practice of shuning life-long friends/family members and even extended family members, etc.  What I believe to be blatant spiritual abuse continues at BGBC.  That has not changed, sadly.

Alex wants to go further than that.  He wants justice served.  He doesn't want any more abuse to continue.  He is ready and prepared.  Alex's situation with Calvary Chapel Visalia represents one of many stories in the Calvary Chapel "family" of churches.  It will be a precedent-setting case and many eyes will be watching.  This case has potential to shake up the core of Calvary Chapel and the way they do "business".  I hope it is a wake-up call to others who have spiritual tyrants in positions of authority at churches.

Alex and friends from CC, I stand with you!  ~ja
(Alex's post follows)

For the LORD gives wisdom;
from his mouth come knowledge and understanding;
he stores up sound wisdom for the upright;
he is a shield to those who walk in integrity,
guarding the paths of justice
and watching over the way of his saints.
Then you will understand righteousness and justice
and equity, every good path;
for wisdom will come into your heart,
and knowledge will be pleasant to your soul;
discretion will watch over you,
understanding will guard you,
delivering you from the way of evil,
from men of perverted speech,
who forsake the paths of uprightness
to walk in the ways of darkness,
who rejoice in doing evil
and delight in the perverseness of evil,
men whose paths are crooked,
and who are devious in their ways.
(Proverbs 2:6-15 ESV) 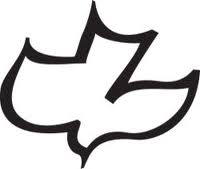 If Bob Grenier and Calvary Chapel backs out of their Defamation Lawsuit threat, it's an admission of guilt in my opinion (plus some final appeals)
by Alex Grenier


Bob Grenier and Calvary Chapel Visalia have recently stated they will be filing a lawsuit in Tulare County for “defamation” according to their attorney Nick Pritchett of Williams, Jordan, Brodersen and Pritchett, a small Visalia, California law firm.

If Bob Grenier and Calvary Chapel backs out, doesn’t follow through, puts up the Stone Wall once again…it’s an admission of guilt in my opinion.